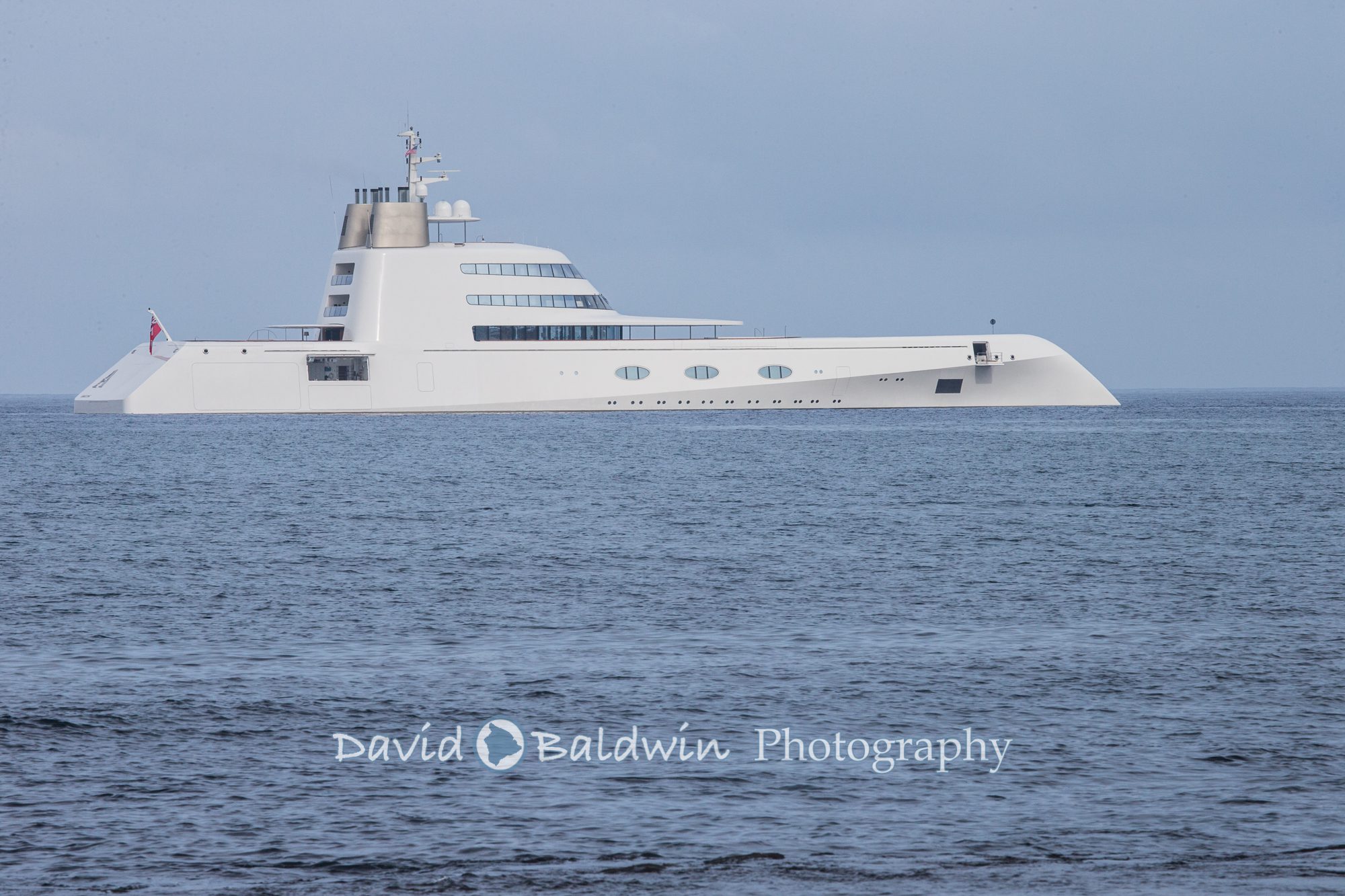 We boys and our toys, is bigger better?  Russian Andy Melnichenko with his bigger boat the “A” a 390’ monster parked outside Kaloko-Honokōhau National Historical Park. That’s almost a NFL football field and a NBL basketball court end to end.

It takes a crew of 37+ to get the 14 guest from party to party, including canine cruisers which have their own real grass lawns on the sun decks for their morning business.

“To me it looks like James Bond built it in a Disneyland workshop to escape, Love it”.

Built in 2008 for $300 million, it’s still smoother and faster than most yachts today, leaving little to no wake at full speed due to its submarine slapped nose for better fuel mileage.

Costing you about $500,000 at the pump depending on what country and brand you pick; Yes that is 1/2 a million small ones, a bit more than our Costco.  “Want to chip in?”

Tourist and locals alike want a closer look at this massive pleasure craft, not Elvis, he’s happy on da beach.